Foreign platforms like Amazon Prime Video and Netflix have dominated the country’s entertainment enthusiasts’ screen time for quite a while. But now, Indian OTT platforms are giving these well-established platforms tough competition in terms of quality and original content both.

The release dates of several films have been postponed due to the lockdown. Moreover, considering the restriction on theatres, many filmmakers have decided to release their films on OTT platforms. Today, thanks to the pandemic, there is no dearth of OTT platforms on the internet. Thus, every week various kinds of films and series are released on these platforms. This week, OTT platforms like Netflix, Amazon Prime Video and Disney Plus Hotstar are set to release exciting movies, shows and series for their viewers. Let us inform you about the series/films that are slated to release on various OTT platforms this week!

In this film, we will see Prithviraj Sukumaran in the lead role and Aditi Balan in a crucial role. The plot of the film revolves around a death with minimal information. The villain in the film is indicated as a sharp-minded killer. The film is being directed by famous cinematographer Tanu Balak, who is making his directorial debut with this film. The producers of this film are Anto Joseph and Plan J Studios. The film is scheduled to release on June 30 on Amazon Prime Video.

Pooja Hegde looks like a queen in her elegant saree. Pictures inside.

India’s first transgender model Nikkiey Chawla: “In 2015, I was about 90 kgs, and life felt meaningless till I decided to not give up”

Makers of Insidious brings the #1 US Horror movie, THE VIGIL to India for OTT release

The trailer of Farhan Akthar’s Toofaan packs a serious punch! 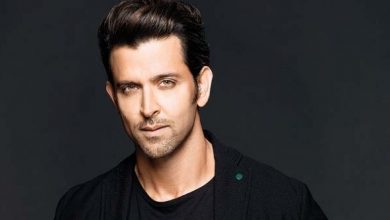